We care about your vision! Our office follows COVID mask recommendations for all healthcare offices. Click here for your Appointment Information 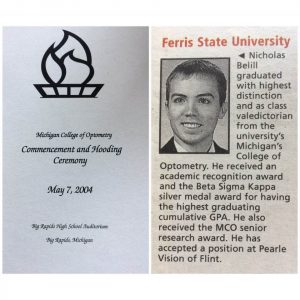 In Creek's Edge Plaza, located across the street from Walmart on M57, West of Vienna Road.